One flight up, this sunny, large 1.5 bedroom apartment offers windows in each bedroom, as well as tree top views from the kitchen and living room windows. Attaining the perfect balance of old and new, you will find tin ceilings and original brick (painted white) details along with updated convenience. With gleaming wood floors through-out, the master bedroom is large enough for a king sized bed plus furniture, while the roomy second bedroom can be used as an office or nursery. Enjoy the full sized living room and add a dining table comfortably if you choose. The newly renovated kitchen features a stainless steel refrigerator and range as well as a granite counter top and pass through. With high ceilings, and plenty of closet space this apartment is a few blocks from Fort Greene Park and in the midst of great restaurants and shopping that make living in Fort Greene so desired. Sorry, no pets. Make an appointment today to make this your new home! 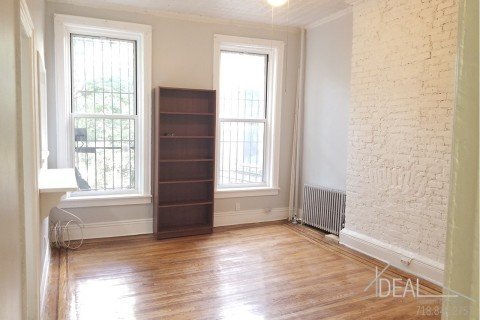 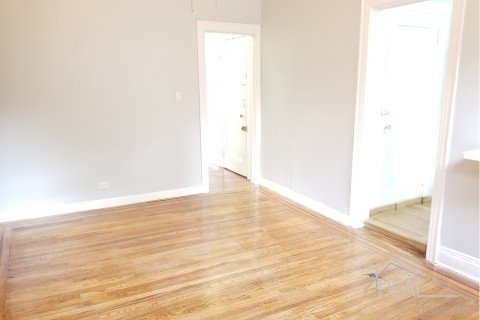 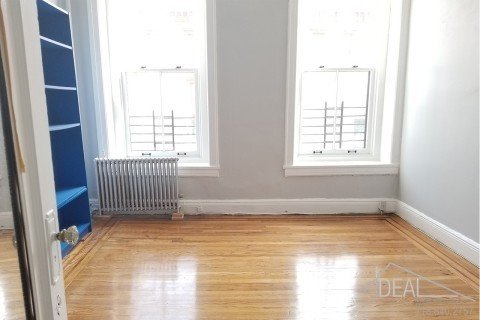 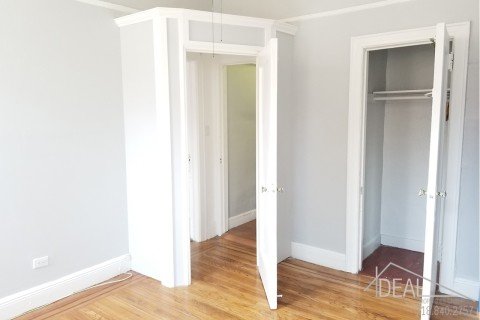 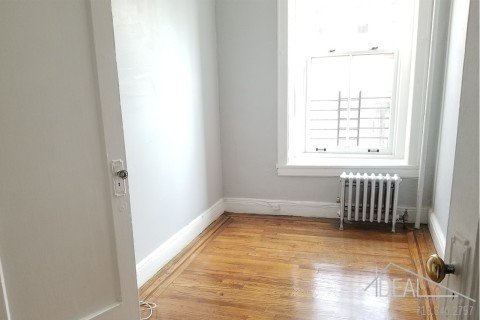 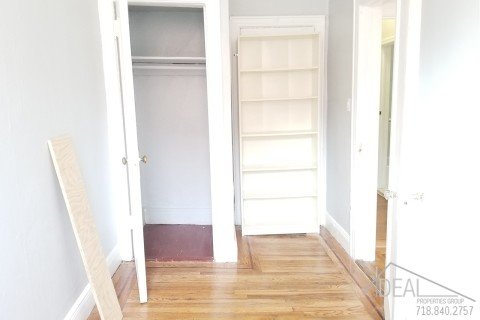 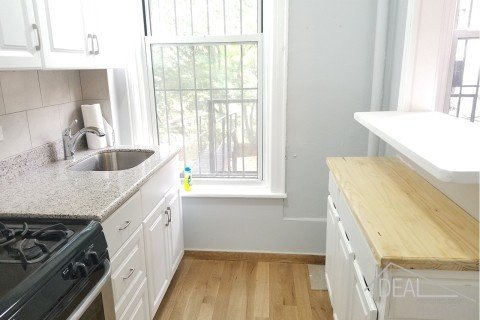 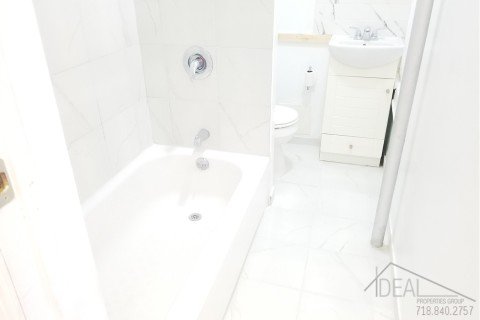