OFFER ACCEPTED
Welcome to 230 Jay Street unit #8D. This is a custom designed well laid out studio apartment featuring gleaming wood floors, west facing windows with custom cedar wall finishes and shutters that offer great light. The windowed kitchen includes Metro shelving, an induction stove and industrial style refrigerator. The high end Vitsoe shelving and space organizers add stylish storage options to the apartment.
Concord Village amenities include 24 hour doorman, on premises superintendent, laundry room, fitness center, package room, bicycle room, storage and parking (both wait listed) and community room. The shared roof deck has amazing unobstructed views.
Concord Village is at the epicenter of some of the most exciting areas of Brooklyn. From DUMBO arts, to Brooklyn Heights dining, to shopping downtown, everything you need is a just few steps away. Just to the north of Concord Village is the DUMBO Heights tech/creative center, adding another layer of culture to the community. This home is within easy access of all major subway lines A/C, F, 2/3, 4/5, and R. If you're inclined you can even grab a Citi Bike from one of two nearby stations and ride across the Brooklyn Bridge to work. 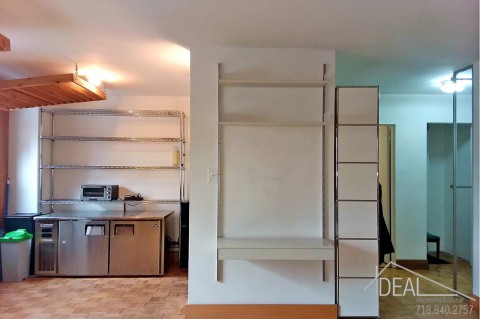 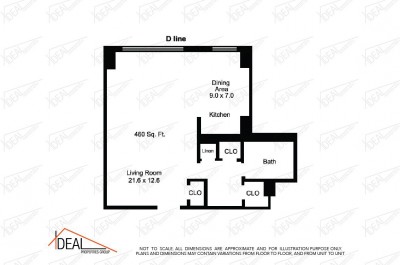