This perfect Downtown Brooklyn studio apartment with bamboo flooring is as sunny and spacious as they come. Located within the Concord Village landscaped grounds, the apartment is parallel to the Brooklyn Bridge, and bordered to the west by Brooklyn Heights, to the north by DUMBO, and to the east and south by a revitalized Downtown Brooklyn. The kitchen is open with a handy island that can double as dining for two, and features a dishwasher. Storage is ample with four closets total – an entry closet, a linen closet, and two clothes closets. The apartment building, which has a doorman, full time superintendent, on-site laundry facilities and on-premises dry cleaning, is surrounded by a multitude of transportation options, including the A/C, 2/3, 4/5, F and R trains – all within a short walking distance. It’s also conveniently located near restaurants; historic districts; parks, such as Brooklyn Bridge Park (Brooklyn Flea, Smorgasburg, etc.); and the Brooklyn Heights Promenade, offering a vista of the Statue of Liberty and the Manhattan skyline. Sorry, no pets allowed. Call today to set up a viewing of this amazing Downtown Brooklyn home. 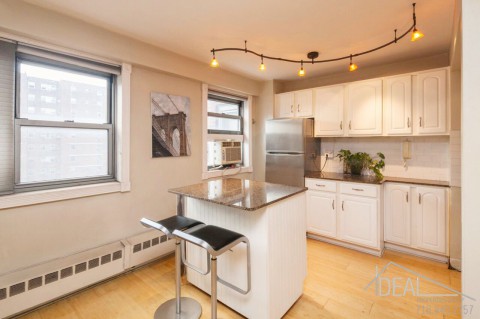 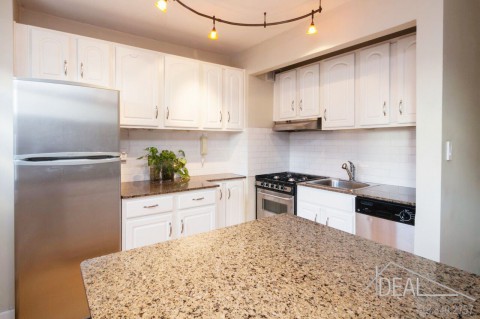