This recently renovated floor through apartment has plenty of space!

There are two large windows facing west in the large bedroom, allowing great light.
Stainless steel kitchen appliances, stone counter tops and beautiful dark wood kitchen cabinets will bring out your inner chef. Generous closets and a beautiful black and white tiled bathroom featuring a radiant heating system add to the many attractive features that will make you want to call this place home. Additionally there are individual temperature controls in each room with LG split heat and air conditioning.
With close access to the F and G trains, as well as numerous restaurants and shops, this apartment checks all of the boxes. Contact the Ideal Properties Group agent today for a viewing! 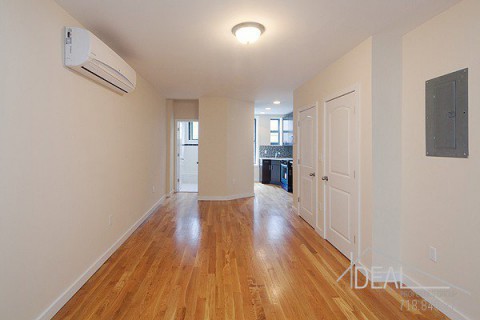 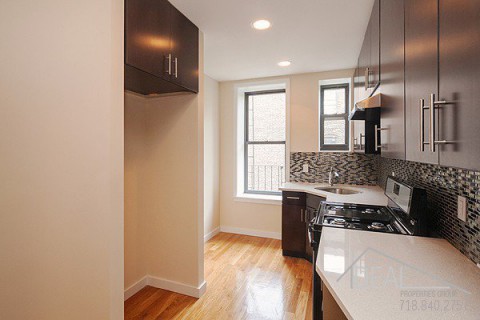