21 Goodwin Place Unit #1, Bushwick NY 11221 Welcome to 21 Goodwin Place - Meticulously renovated 3 BED Duplex apartment in a private Brooklyn townhouse, situated on a tranquil tree lined block right between Bushwick Ave & Broadway offering a convenient location close to all that Bushwick has to offer with its hip coffee shops, cafes, bars, restaurants and shops. And the JMZ trains just around the corner.

Spread across two floors this spacious 3 Bedroom (convertible 4 Bedroom) 1 bath Duplex has an open concept kitchen with high end finishes like quartz counters, tiled backsplash, ss appliances, and a dishwasher. 3 bedrooms on the main level all of which can accommodate queen + size beds, get great sunlight, and have large closets. Below you have a finished rec room with a door leading to the backyard, and your very own Washer & Dryer. All of which allow you to easily convert this into a fourth bedroom or additional living space. There is also a lovely manicured backyard where you can spend the warmer months... 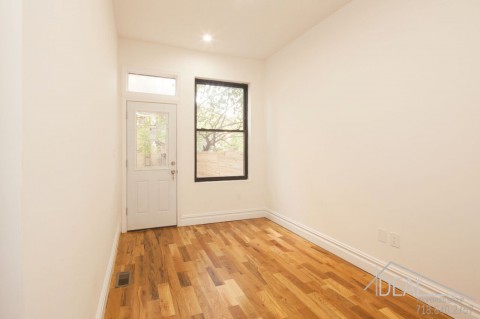 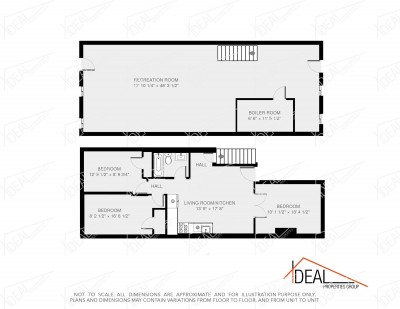