Located on the third floor of a 3-story townhouse, this oversized 1BR is sure to turn heads.

Stepping in, the open kitchen / living room has ample space for a dining room table, sectional couch, TV, chairs and more. The exposed brick adds a nice touch of charm. The bathroom has been cleaned and cared for and the hallway boast a linen closet.

The bedroom can easily accommodate a king-sized bed, dressers, plenty of clothes in it's TWO CLOSETS and an alcove space for a home office or love-seat.

North-South exposure at the front and rear brings in plenty of light. The view out both windows is of gorgeous buildings, trees and grass-lined backyards. Close to the Bergen Street 2/3 train and just a little further to all the trains, shopping and entertainment at the Barclays Center.

Well maintained thanks to the on-site super, you'll not want for repairs and upkeep. Call today before someone else grabs this listing! 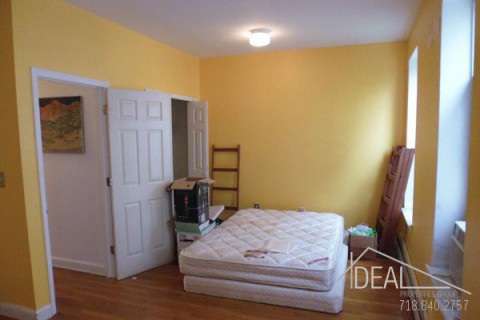 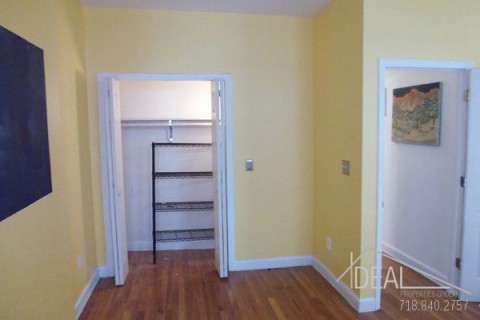